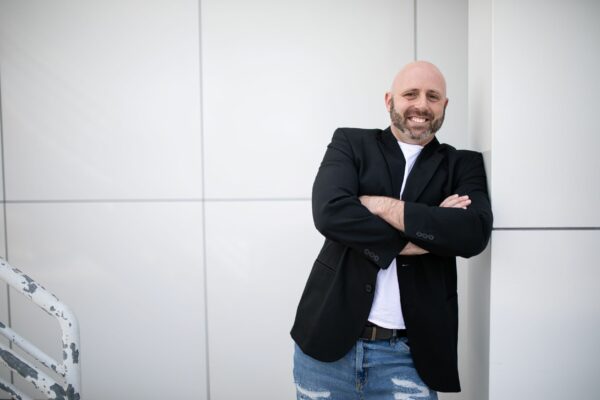 It all started as I was walking down a narrow dirt path. Enjoying the scenery of the bright sunrise and the fog lifting off the river bend. I could smell the flowers and the fresh air with every breath. I just returned from speaking, training, and pouring into thousands of people. I was really making a difference in their lives. This was what I called freedom.

There was a small path that joined mine where a man came around the corner and said, “Hello.” It startled me a little, as I wasn’t expecting to see anyone. The man caught my reaction and apologized, saying everyone reacts to him that way because of what happened to him. The man told me that everyone left him, and this was the only path where he felt connected with someone. I noticed the man was struggling with his breath as we walked, so I slowed down. I also recognized there was something unique about this man, I couldn’t put my finger on it, but I had to know.

The man began to share that he used to be a sought-after man. People loved being around him because of his big heart, his giving and serving nature, and his striving to always build other people up. The man helped so many people, even providing housing for people when they had nowhere else to go. The man told stories; everywhere the man would go someone would know him and share a memory of a time they had together.

The man then said, “that’s when everything changed…”

His wife went off with another man.

His adopted children went to live with her because they could do whatever they wanted.

He had to get rid of his house, his job, his ministries.

He gave up everything to care for his one son his ex-wife abandoned. This was the son everyone else in the world had written off, gave up on, and walked away from. But not him. He even acknowledged that he became a prisoner to his own son, losing nearly everyone. No one knew what to do with the man or how to help. So, they just disappeared. They left him and his son alone, in their dilapidated rental house, day in, day out, with nowhere to go.

He told me, I truly gave up the ninety-nine to save the one, and that one nearly cost me my life. He began to tear up and pour out his heart. For over four years he gave everything he had for his son. Everyone continued to tell him to give up, but he couldn’t.

The man said to me, “I know I have a purpose in this life and that purpose is to be a father, and I’ll die being one!”

He continued saying, “Three months ago, I had a major traumatic incident with my son. My body completely shut down. The doctors, the psychiatrists, and professionals gave me three months to live. My nervous system and brain went into shock. On bed rest, I was awaiting my time to leave the earth.”

The man then shared how lonely he was, and he finally asked the Lord to take his life.

Jesus told the man, “You still have hopes and dreams in your heart that haven’t been fulfilled, those that are yours, they are also mine. I NEED you here to carry those out.” The man replied, “but Jesus, I can’t give anymore, I’ve got nothing left.” Jesus responded, “you have a story to tell, and the nations need to hear it. I called you to be who you are for a reason, I haven’t given up on you, it’s time for you not to give up on you. Do you trust me?”

His response to Jesus amazed me. He told Jesus he would accept the healing, but that the keys to the healing had to come along with it. Not just for him. Not just for his son, but for everyone he came in contact with. Jesus agreed and he’d have to go through the process.

At that moment, he stopped on the path, tears running down his cheeks. His sleeves were drenched from wiping them continuously. The man looked up at me and said, “Sir, today is three months to the day of starting my healing process.” I’m supposed to be dead!

Instead, on my walk today, Jesus met me again. He said, “Today Jesus met me and uttered these words.” “It is finished, I now call you Gravedigger. You carry the anointing when I raised Lazarus from the dead, you will speak and an ABUNDANT LIFE will come forth.”

The man stood up tall and said, “Today I’m completely healed, I don’t deserve it, but here I am.”

He put his hand on my shoulder, he looked me deep in the eyes, so deep it was almost piercing. The man said, “one day sir, I’m going to be just like you.”

I tried to smile at him, he smiled back and started on his way back up the trail.

It was at that moment when 2 worlds collided. This man was telling MY story! 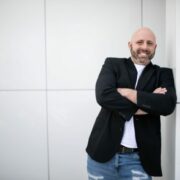 Devin equips and activates believers across the nations. He helps them regain the hopes and dreams they have lost. He has worked with hundreds of ministry leaders creating a safe place to communicate their hearts without judgment. His burning passion is to see leaders be authentic and effectively bridge the gap between younger and older generations. He currently is a certified inner circle coach with Kingdom Builder’s Academy, a Certified Maxwell Leadership coach, speaker, and trainer, and the founder of Legendary Leadership Today and you’ll more likely find him by the name Coach Gravedigger.  Visit Devin’s website here. Follow him on Facebook.