What Is Your Mission? Answering Our Daughters’ Feminism Questions with Jeanine Banza-Katungutere 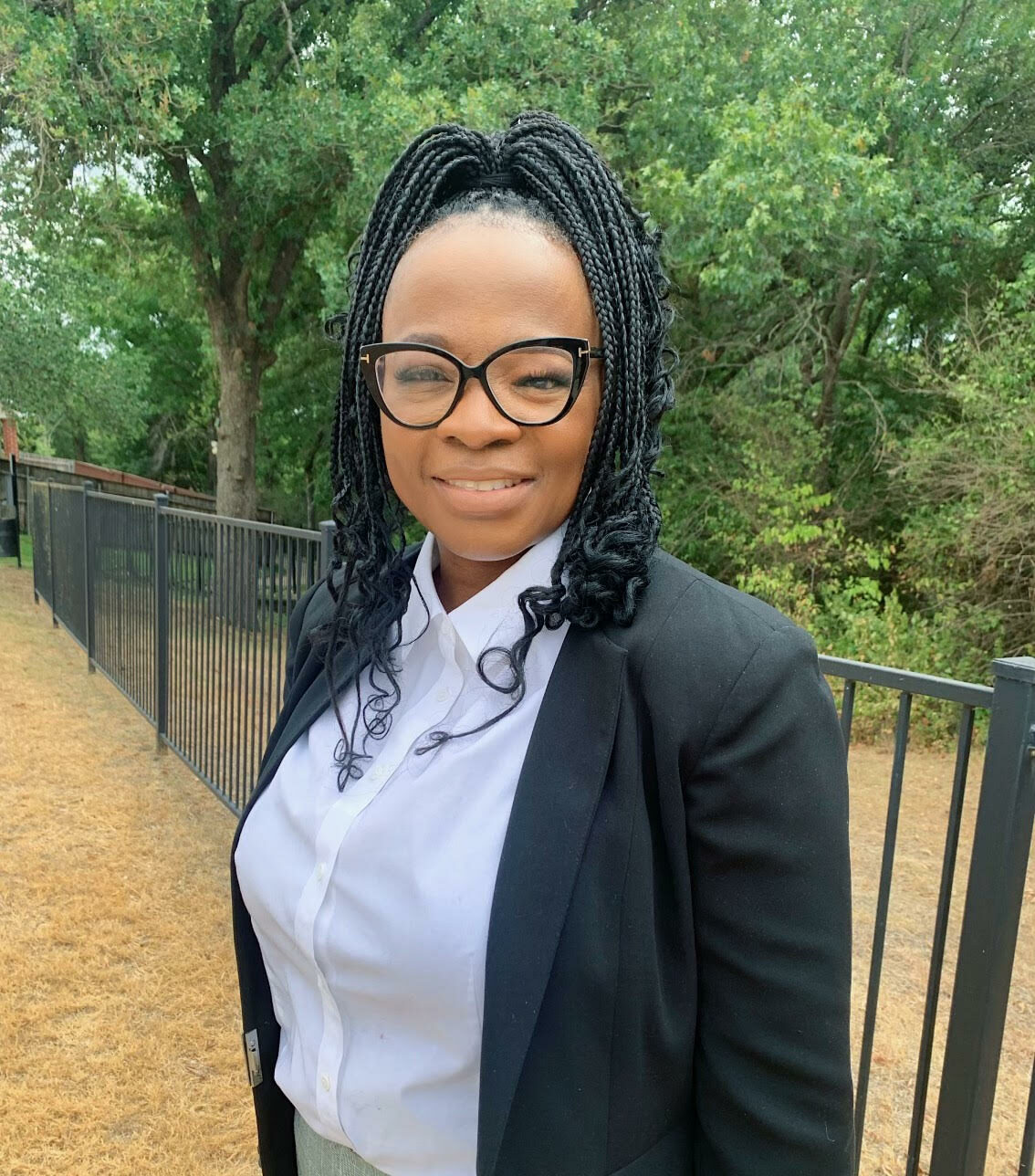 What Is Your Mission? Answering Our Daughters’ Feminism Questions with Jeanine Banza-Katungutere

Is there a mission that you know God has placed on your life since you were very young? Maybe it’s a lifelong dream you’re working to accomplish, or a book you know you need to write “someday,” or questions that won’t let you sleep at night. Whatever that calling might be, what’s holding you back from pursuing it right now?

This week’s Publishing Secrets guest, Jeanine Banza-Katungutere, had a lifelong passion for helping others, especially women and girls. But it wasn’t until her own daughters started asking questions about feminism that she realized part of that calling was to write a book. Whatever your own mission might be, let Jeanine’s story inspire you to pursue it now — today — with courage and conviction.

Be sure to read all the way to the end for instructions on how to get a FREE copy of Jeanine’s book!

Scripture reminds us to be strong and courageous. But have you ever considered that scripture in the context of your writing? As Christian authors, we have a responsibility to be courageous in speaking out against anti-Christian views. It’s not always easy to stand up for what we believe, but it’s critical that we do so.

Now, more than ever, we can’t allow ourselves to be silenced by those who have opposing views. If we do, then darkness will win. We must courageously speak out against these views, and show the world that Christianity is about love and compassion — not hatred and intolerance.

Jeanine Banza-Katungutere understands this. Her book, Feminism: Right of Reply to Our Daughters, challenges some commonly held beliefs of the feminism movement, urging those of us who identify as Christians to take a step back and assess whether we are aligning with God’s Word or popular worldviews.

This is important, not just so we can check ourselves, but so we can set a proper example and provide proper guidance to teen girls and young adult women at a critical juncture in their lives. So don’t be afraid to mimic Jeanine’s courage in your own writing — it’s time to make our voices heard.

Jeanine says her passion for helping others is something she’s had since childhood. From playing with dolls to her desire to become a nurse, it was always clear that she had the heart of a natural caregiver.

It was a long journey that took her from the Democratic Republic of Congo to Belgium, but Jeanine was able to fulfill her dream — now, she works as a certified mother baby nurse. But in the process of achieving this goal, Jeanine discovered a deeper passion to work not just as a caregiver in general, but as an advocate specifically for women and children.

“My goal is to spread awareness about the importance of fighting for women’s rights,” she explains. “And at the same time, to be able to preserve our unique identities as women.” In this way, Jeanine aims to help young women and girls figure out their place in the world — not just based on what society tells them, but on what God says in His Word.

Growing up in Kivu, D.R. Congo, Jeanine saw firsthand the suffering of women who had been victims of sexual violence and were abandoned by society. In 2014, she started the nonprofit Association for the Development of Kivu (A.D.K) to help these women gain education and support themselves.

“These women are resilient,” Jeanine says. “They want help. They do not want to dwell on their sorrows and pain. They want to come out of all this… They want to become what God has called them to be in society.”

The idea for Jeanine’s book was inspired by questions from her own daughters about the subject of feminism. As her daughters and other young girls their age learned about feminism in school, they started asking questions about things like why only girls were expected to do things like housework.

But what really drove Jeanine to start writing was when her daughter started asking about her own value. “I noticed that my daughter was asking me questions like, ‘Hey, Mom, you already have two girls. Did you really want to have a third girl?’” Jeanine recalls. “She wanted to make sure she was wanted. That, as a girl, she was loved.”

As Jeanine pondered these questions, she suffered from anxiety, depression, and insomnia. None of her attempts to find answers in other books gave her satisfaction, so finally, she sat down and started to write her own book.

“I had to let my heart speak,” she realized. “I had to go to the Holy Spirit and stand up and say, ‘Okay, today I’m writing this book.’” Once she obeyed the call and released the book, Jeanine’s anxiety and depression decreased, and her sleep improved.

Jeanine’s story is an important reminder for us all: sometimes, when we are not obedient to what God is calling us to do, our disobedience can literally bring about sickness. Mind, body, and spirit are connected, and we’ve got to be sure ours are in alignment with the mission and the message that God has given us. That way we can find freedom for ourselves and allow our message to help those who need to hear it.

Jeanine’s book paints a picture of the differences between secular and biblical feminism. To explore these differences, she took into account both what the Bible says about men and women and her own experiences with her daughters and other young women. Then she outlined principles to guide young women who are struggling to find their place in the world.

According to Jeanine, the #1 principle of her book is found in Genesis 1:26-28. “We, women and girls, are created in the image of God,” she explains. “There is no inferior, there’s no superior here. So God created all of us in His image. And I tell girls to look at themselves in the mirror and tell themselves that they were created in the image of God, that they should not be in perpetual competition with the opposite sex to assert themselves.”

Many of us have heard that we are all made in the image of God, but how often have you really taken that scripture personally? Think about now: You are made in the image of God, just as you are. You don’t need to transform into somebody else or compete with others. Your #1 priority should be to focus on what God says about you and what God wants you to do, because He does have a plan for you! So ask yourself — what is God’s unique mission for your life?

To further explore the topic of biblical feminism, Jeanine’s book covers topics ranging from gender roles and confusion to oppression and abuse. Her goal is open conversations around difficult, even taboo, subjects, to help young women find answers and to help older women talk to their daughters and granddaughters in constructive ways.

If you have a teen girl or young woman in your life, this isn’t a book you’ll want to miss. And the best part is that Jeanine is generously offering a FREE copy of Feminism: Right of Reply to Our Daughters to anyone who registers for her upcoming masterclass to be held on October 27, 2022 at 6:30 pm PST. To register, visit Jeanine’s website and click on the “Master Class Sign Up” tab on the right-hand side.

Maybe you, like Jeanine, have been sitting on a book idea that God has given you. Maybe you’re struggling to find the courage to move forward and tackle difficult topics like feminism. Or maybe you’re procrastinating because you have so many other things you feel you need to do instead.

Whatever the case may be, Jeanine knows what it’s like to be a procrastinator. So she’s learned that you just have to push yourself to start anyway.

“Nothing will ever come perfect for you to do what God has called you to be,” Jeanine says in closing. “Just go ahead and get started.” 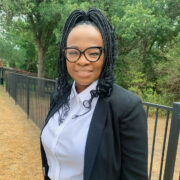 Jeanine Banza-Katungutere was born in Katana, in the Democratic Republic of Congo, a paradisiacal place close to the rarest species of gorilla in the world. She came to the United States in 1997 and is an author, advocate, and speaker who focuses on issues affecting women and children around the world. Her non-profit, Association for the Development of Kivu (A.D.K) established in 2014 in Goma (North Kivu) and Katana (South Kivu) focuses on reintegrating underprivileged young girls who have been victims of gender-based sexual violence into society through education.  In her book, Feminism: Right of Reply to Our Daughters, she seeks to teach millennial women and girls about the true meaning of feminism and how to apply it to their lives based on Biblical principles. Visit Jeanine’s website here. Connect with Jeanine on Instagram and Facebook.