What Do You Want? Open Communication & Self-Evaluation with Tamika McTier 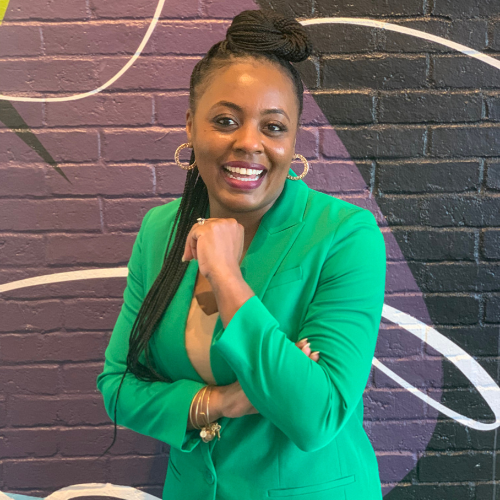 What Do You Want? Open Communication & Self-Evaluation with Tamika McTier

What do you do when you face conflict in your relationships? Do you address it through clear, open communication, or do you shut down and play games like the “Silent Treatment”? This week’s Publishing Secrets guest, Tamika McTier, realized that she fell into the latter category, but she didn’t want to stay there. So she learned to cultivate a healthier relationship with herself first, leading to healthier relationships all around.

Whether you’re in a committed relationship or not, the lessons Tamika shares will help you not only communicate better with your loved ones, but will also help you show up more effectively as an author. Let Tamika inspire you to let go of the past, work on yourself in the present, and move forward into the future.

For many people, it means taking time for themselves, doing things that they enjoy, and caring for their physical bodies. And while all these things are important, one of the most important ways we can take care of ourselves is by healing our past.

Too often, we go through life carrying emotional baggage from our past that weighs us down and affects every aspect of our lives. We can’t fully enjoy the present because we’re always worried about what might happen in the future. We struggle to build relationships and share in open communication because we’re afraid of getting hurt again. In short, we let our past control our present – and our future.

Tamika McTier has a personal journey of learning how to heal from her past, and now she’s on a mission to help other Christian wives do the same. Whether you’re married or not, let Tamika’s words encourage you to reflect with some self-evaluation. That self-evaluation will lead you to greater awareness about yourself and how God wants to take you to the next level. Because in order for you to be a transformation agent for someone else, you also have to be transformed.

Tired of the “Silent Treatment” Game

Tamika says she, like many people, entered marriage with a lot of “unknowns.” Although she and her husband underwent premarital counseling – and sought out additional sessions because they felt the initial six-week course wasn’t enough – there came a time when Tamika realized they weren’t engaging in open communication like they needed to.

Tamika also realized that her response to each disagreement was to shut down and play the “silent treatment” game instead of talking about it. And though she was tired of this game, it wasn’t easy to change.

“I felt trapped, wondering if I would ever get to a place where I could say what’s on my heart without the fear of rejection or abandonment,” Tamika explains. “I knew it wasn’t healthy. And I knew that wasn’t the way I wanted to spend the rest of my life and my marriage.”

As Christians, we’re taught to pray about things like this. But Tamika came to see that simply praying wasn’t enough – because “faith without works is dead.” (James 2:26) So, while praying, Tamika understood she would have to take action. It was time to talk.

Tamika expresses what she learned about open communication through an acrostic:

For Tamika, the question of communicating with her husband came back to evaluating herself. She had to ask herself why she tended to shut down when faced with a disagreement, so she could uncover the root of the problem.

What she discovered was that shutting down was a defense mechanism she subconsciously put in place after watching her mother take abuse. “I thought, who would put up with something like that? I saw that behavior as weak,” Tamika reflects, “and so for me, whatever it took to be strong is what I was going to do.”

In Tamika’s experience working with women over the years, it’s not uncommon for people to shut down and avoid open communication when faced with conflict in their marriage. But while for some people it is a way of protecting themselves, for others it can be a game they play to get what they want.

As Tamika has seen, however, this kind of behavior ultimately doesn’t serve either person. Marriage is intended to be a partnership, she explains, not a competition. “It’s not about a contract: if you do A, B, and C, then I will do this,” Tamika concludes. “It’s the covenant that I made not only to my husband, but before God as well.”

It comes down to the reason for getting married in the first place, but not all couples are clear on this before saying “I do.” For some, marriage is something they’ve always heard about, but the marriages they’ve watched their parents or other couples struggle in aren’t good examples – so they subconsciously end up imitating some of the same problems they’ve witnessed in others.

For others, marriage is something they only commit to halfway, while keeping a backup plan in place for if – or when – things don’t work out. “You shouldn’t have that mindset going in,” Tamika says. “If you just exchanged vows and say, ‘Till death do us part,’ it shouldn’t be just this regular argument that is going to tear you apart.”

Instead, Tamika urges couples to consider marriage as an investment. If you keep one foot out the door at all times, you’re not really committed to seeing that return on your investment over time – you’re just waiting for the first chance to leave when things get difficult.

Tamika says this takes having honest conversations with yourself about what you really want and what you’re willing to commit to doing consistently in the relationship.

“There’s power in that consistency and continuing to show up and do the work,” Tamika explains. “And not doing the work from a place of only pointing the finger, as if that person is the only one doing something to not meet expectations… Don’t play the victim role all the time – own the role that you play.”

For those who are already in a relationship and are wanting to fix the problems they’ve encountered, Tamika advises starting with cultivating the right mindset. Calling it a form of dying to self, Tamika explains that we must first overcome our own misinterpretations and false narratives, so we can get really clear on what’s actually going on.

To do this, you’ll have to ask yourself some hard questions:

“A lot of the stories I was telling myself about what I thought my marriage was, were stories I had told myself,” Tamika reflects. “And these weren’t even my stories – these were other people’s stories. ‘Oh, he will do that. This will happen.’ These were stories I made up, other people’s narratives that I had taken on to be mine. Don’t attach yourself to someone else’s truth that’s not yours. Let that story go.”

Open Communication Starts with Self

Getting back to the truth of what’s really going on helps release you from the need to play games, and it starts with being vulnerable – both with yourself and with your spouse.

In learning to cultivate a better relationship with herself, Tamika has landed on four core values that help her operate as her best, highest self. These values are:

By focusing on these four core values, Tamika is able to maintain a healthy relationship with both herself and others.

Another quality that is very important to Tamika is leading by example. And that, she says, is part of what led her to join the Christian Authors Network Podcast Tour. After a particular message within the Facebook community stood out to her in what she calls a “divine moment,” Tamika says she was impressed by the results that were delivered even before she officially joined the program.

As Tamika knows, delivering value first – giving people results even before they make a commitment to work with you – is the best way to show people that you know what you’re doing and can actually make a difference in their lives.

In this age of social media, we’ve all seen or heard of people who make big promises and then don’t deliver, who take advantage of people’s investments. So when you provide people with value upfront and commit to clear, open communication, you establish trust.

As Tamika describes it, “It takes that person off of that island where they feel like they’re alone, and brings them into the community where you have this person that you can go to.” Instead of feeling like they’re being sold to, people trust that they can come to you for genuine help, and that you genuinely care about them – not just their money.

At its core, this value-first mindset is all about service. And in hindsight, Tamika says this is exactly what led her to serve married women: because she wanted to give others what she didn’t have in the beginning stages of her own marriage.

Although Tamika says she often felt inadequate to help others because of her own struggles, she accepted the challenge she was called to take on. And as a result, she has seen lives change for the better time and time again. But she had to be willing to step out and be vulnerable first.

Why Am I Giving “Her” So Much Power?

Whether you’re married or not, your relationship with yourself affects your ability to provide open communication in all of your other relationships – and that affects how you’re showing up as an author, your success, and whether or not you’re moving toward your goals.

If you’re struggling to have open communication with yourself and others, Tamika has one last question for you to ask yourself: “Why am I giving ‘her’ so much power to control my today?”

Tamika explains that “her” in this case is “that girl that you don’t want to release. That person that you continue to show up as, because you feel like you need to be her. In a season, you may have needed to be her, but is she still relevant and needed today?”

Perhaps it’s time to let go of the person you thought you needed to be, and instead step into the person God has called you to be. What can you do today to stop letting your past define you, so you can move forward into a better tomorrow? 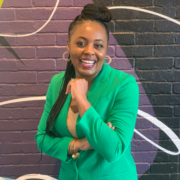 Tamika McTier knows what it’s like to be “Miss Independent”. After becoming a teen mom, Tamika was determined to push forward and achieve every goal that she set for herself without the help of a man. This attitude served her well professionally and financially but created unexpected challenges in the early years of her marriage.

Tamika didn’t want to let her guard down and struggled to express her thoughts and feelings to her husband. Eventually, Tamika realized that something had to change so she created the T.A.L.K. method – an approach that helps wives communicate better and feel heard. With this tool in her arsenal, she was able to break free from the cycle of negativity and build a stronger, more connected relationship with her husband.