Credit is a Chess Game. Here’s How You Win. – Tamra Bush

Credit is a Chess Game. Here’s How You Win. – Tamra Bush

Have you ever heard the saying, “hate the player, not the game”? This phrase is often used by people who are getting ahead in life in terms of their finances. They have “mastered the game of life,” leaving some people behind. Let’s look at what this phrase means when applied in terms of credit!

Before we get into the discussion of credit and how it can be viewed as a chess game, let’s review some definitions.

Why is this important for us to remember? Because banks and large corporations get ahead by increasing their net income with credits with our money. I say it’s time to flip the script. We need to increase net income on our income statement.

Let’s talk about THIS!

Have you ever wondered where your money goes when a bank takes it? Wonder no more! The answer is quite simple.

Here is the truth about banks:

With all of this being said, can we agree that your deposits are credits to the bank’s balance sheets?

Going back to the game, when people win at the game of chess, they claim victory because they have captured the King.

In the real world, Who is the King that people claim victory in capturing… the king is Cash, Credits, or The Principal, i.e., your money.

The Banks strategically win over and over by acquiring the most deposits/credits, money, or cash possible from you!!

In a chess match, most people think of the King as the most valued and protected. But who is really the most strategic on that chessboard? The Queen. Many people forget how pivotal of a role the Queen plays. Because she can move in all directions, including moving up and down, side to side, and backward she protects her King with this ability. The Queen can move like no other piece on the chessboard and oftentimes people forget about how powerful she is until they are defeated by an expert player who knows how to use their queens well!

In the real world, who or what is the Queen that we can use to protect the King? Credit…Credit is the Queen. Credit can move around and do things that the cash /principal cannot do. Once you use or spend the principal it is gone forever. Credit can be used and leveraged to get more credit.

The banks are always one step ahead of you. They use your deposits as leverage to gain and acquire more credit to use as leverage while protecting the principal. It’s time for us all to stop being such easy targets! Think about it. We need to do what the banks do and adopt the mantra “Cash is King, but Credit is Queen and she runs everything!”

Most people have debt, but do not UTILIZE DEBT to their advantage. Ponder on this for a moment. Debt is something, usually money, borrowed by one party from another. Debt is used by many corporations and individuals to make large purchases that they could not afford under normal circumstances. A debt arrangement gives the borrowing party permission to borrow money under the condition that it is to be paid back at a later date, usually with interest. Most people look at credit as a debt…why? Because it must be paid back within a period of time. ..…BUT ISNT CREDIT REALLY A DEBT THAT IS TEMPORARILY CONVERTED TO AN ASSET on your balance sheet???????  HMMMMM THINK ABOUT IT!

Most people think that debt is something to be avoided at all costs, but what if we could turn our debts into opportunities? Ponder this for a moment. Debt simply refers to money borrowed by one party from another, often for large purchases. well, there are many corporations and investors who get ahead by making large purchases that they couldn’t afford without using credit or getting loans. They do this because they view debt as an arrangement to borrow money under the condition that it be paid back at a later date, usually with interest. So credit as a debt…or is it? What if you started thinking of credit as a debt that is temporarily converted to an asset on your balance sheet. Hmmm. Pause and think about that!

What does “at a later date” really mean? It means that you just bought yourself some time. Time to do what?  Strategize and develop plans for the money!

When you do not have a plan, you only have the debt, not the asset.

Because that’s what the banks do…they leverage your deposits.

They use borrowed capital (your deposits) for (an investment), expecting the profits made to be greater than the interest payable.

Again, what do banks do? They use your deposits and go to big banks to borrow money or acquire lines of credit. They borrow at a low-interest rate, and charge you higher interest for their bank’s products while keeping the spread also known as the difference! The big boys use each other as leverage.

Everything that we do should be geared towards obtaining funding, money, capital. This is what the banks do and we should be doing the same.

You can make money working the system that is using you and your bank account for its benefit. Check this out: There are corporations out here with multiple sister companies, affiliates, or vendors who do business with each other; they invoice and pay each other in order to generate receivables so all parties involved show revenue! Plus, big corporations move money and assets between one another to implement tax strategies, to show the IRS the amount of revenue they want to show they have made in a fiscal year…

Who said you couldn’t do this? It doesn’t matter the size of your bank account or business! You need only work the system that is using and benefiting from YOU. You can benefit just the same.

Create your system of leverage and become the bank. Literally.

Any money you have coming in should cycle 5-7 times before leaving your hands.

This is what big businesses and corporations do so think of the money you could make if your mindset and actions were in line with theirs! It may take some work on your end, but you can get that success too. It takes money to make money. Change your mindset, and structure yourself as a corporation so you can benefit from the very system that is benefitting from you. 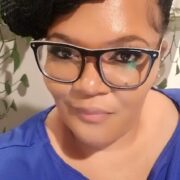 Tamra T. Bush is a woman of God, wife, and mother who takes great pride in being an instrument of change for others. Her deep knowledge and over two decades of experience in the financial industry have made her an invaluable asset to families that want a better life. She’s passionate about empowering families so they can have the economic foundation necessary to look towards their future with confidence and build a legacy. Tamra understands that this isn’t just a matter of money, but also resources, strategy, communication, and support systems for when things get tough. That’s why she strives to make a difference on both sides by providing education while helping families communicate more openly with one another.