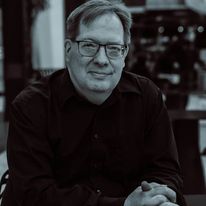 Pilate answered, “Am I a Jew? Your own nation and the chief priests have delivered you to me. What have you done?”

Pilate therefore said to him, “Are you a king, then?”

Jesus answered, “You say rightly that I am a king. For this cause I was born and for this cause I have come into the world, that I should bear witness to the truth. Everyone who is of the truth hears my voice.”

Pilate said to him, “What is truth?”

And when he had said this, he went out again to the Jews and said to them, “I find no fault in him at all.”

Jesus’ friends abandoned him. The people who welcomed him with praise and celebration one week prior, now turned their backs on him. They screamed hatred at the man they claimed they loved. They ridiculed the one they swore to follow. And yet, here he stood before the most powerful government official in the region, questioned about his so-called crimes.

And Pilate found no wrong in him.

Pilate wasn’t a Jew. He was sent there to uphold the laws of the Roman Empire. Most likely he didn’t relish the idea of ruling over the Jews, preferring to be anywhere else. He was loyal only because someone in his position had to be loyal. Obedience above all else was the mark of a good leader.

Here was Jesus. Battered. Bloodied beyond recognition. Barely able to stand on his own, answering questions he had no business answering. At one point, Pilate threatened Jesus by asking, ‘Don’t you know I have the power to put you to death?’

To which Jesus answered, ‘You would have no authority except that which is given from above.’

And now Pilate was asked to pass judgement on the King of Kings. His fragile hands held the final authority in determining what would happen. After placating the masses in having Jesus beaten by his men, then questioning Jesus’ authority, he found no wrong in this man.

But what did he discover in standing face to face with the savior? What emotions coursed through his veins as he probed the mind of God himself? Did he realize who he was speaking to? Did he understand the ramifications of his decision?

I wonder if he knew he was about to sentence the savior of the world to death. I wonder how this decision weighed on his mind after he learned Jesus was crucified. After sending an innocent man to be slaughtered, he had to be filled with regret. No good leader allows an innocent man to be killed. He is supposed to uphold the law, enforce the provisos of the land and mete out justice to all in equal measure.

He knew he was wrong. I only pray after a time, he would listen to Jesus’ disciples and repent. 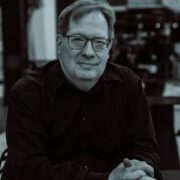 Dan writes by the axiom, ‘what does it look like when faith is all we have left?’ His books convey the tension between being swept up in our humanness yet clinging to, and finding strength in, that faith. His enthusiasm to convey this tenuous relationship between worlds allows for gray areas to be found in any situation. It’s not always as black and white as we’d like to imagine.