Give Him Your Yes: Learning Obedience & Healthy Communication with Estrella Rogers 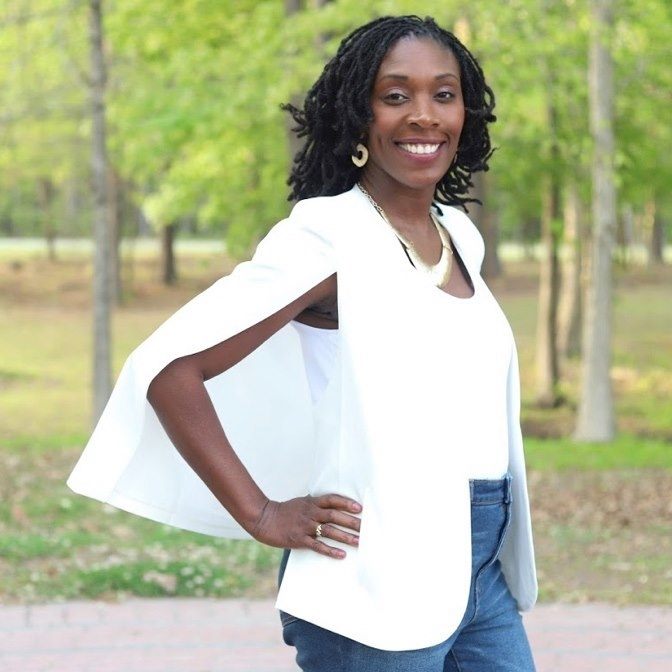 Give Him Your Yes: Learning Obedience & Healthy Communication with Estrella Rogers

Do you hesitate to write the book that’s on your heart because you aren’t sure you’re “good enough” to write it? Do you worry that no one will think what you have to say is worth reading, or that you’ll get something wrong, even though you’re confident that the message you have is from God?

If so, you’re not alone. This week’s Publishing Secrets guest, Estrella Rogers, almost didn’t publish her book because of imposter syndrome, despite knowing that God had already used the content of her book to create healing and improve communication in her own life and marriage. Let Estrella’s story inspire you to push past your own fears and trust God to equip you for the task He has called you to fulfill.

What type of qualifications do you have to have to write a Christian book? Are you worried that in order to write about God, you need to be a minister, have an advanced degree, or go through some form of formal ministry training?

If that’s what’s keeping you up at night, let’s set the record straight: You don’t have to be a minister to write for the Christian market. In fact, some of the most popular, best-selling books within the Christianity space have been written by regular people like you.

Estrella Rogers – or Star, as she’s often called – had to battle those same worries. Having no formal ministry training, she wondered if she was the right person to write a book about prayer. But God has used her writing to set so many wives and couples free.

Let Estrella’s story inspire you, so you’ll no longer let fear hold you back from sharing your message with the world. It’s time to follow your calling and start writing – and keep writing, because there are so many people who need what you have to say. Don’t let intimidation keep you from writing the book that God has called you to write! God has given you unique insight and perspective, and He wants to use you to reach people with His message.

What Makes a Healthy Marriage?

Estrella says her first desire was helping children. She started out as a social worker, then moved up to become a licensed clinical social worker and child therapist. But as she worked with children, she realized that parents played a crucial role in who their children would grow to be. Her desire to help children, then, grew into a desire for helping people create healthy families – starting with healthy marriages.

Estrella admits that growing up, she never witnessed healthy marriages in action. “Every woman in my family has been divorced, down to my grandmother, who was the matriarch of our family,” she explains. “And so her advice to me growing up, when it came to marriage and when it came to men, was not healthy at all.”

Advice like, “Never trust a man as far as you can throw him” or “Don’t put all your eggs into one basket” impacted how Estrella approached her own marriage – with “one foot in and one foot out,” as she describes it.

When she and her husband underwent couples counseling, Estrella says her eyes were opened. Not only were they able to save their own marriage, but Estrella discovered a passion for helping other couples do the same.

“A lot of times, we are just not taught how to be married,” she says. While women are told that they need to get married, once they do, they’re often left wondering what to do next. That’s why Estrella is so determined to help others find true happiness in their marriages – because for most of her life, no one ever told her a happy marriage was even possible.

So what prevents couples from having healthy, happy marriages? According to Estrella, the #1 issue is a lack of communication. And for many people, this happens because they’ve never been taught how to communicate. When children are taught to suppress their emotions instead of sharing their feelings, they grow up into adults who still don’t know how to express what they’re feeling in healthy ways.

Another problem Estrella has seen in many couples is a loss of connection. “A lot of times, kids get in the way and kids become the priority,” she explains. “Once the kids are the priority, the marriage no longer is. And so now we’re not nurturing, we’re not feeding our marriage.”

She compares marriage to a plant: without food and nurturing, the plant will wither. Likewise, a married couple needs to nurture their relationship as a couple – not just as parents – or they will grow apart and their bond will wither away.

A third common marriage problem is infidelity, but in Estrella’s observations, this isn’t always the result of a deliberate decision to be unfaithful. Instead, it stems from what she calls an emotional deficit. As the person loses their emotional connection with their spouse, they start to form one with someone else instead. What started as a genuine friendship then develops into an affair.

In each case, breakdown in communication – or not knowing how to communicate from the start – is at the heart of the issue, causing rifts and preventing both people from really listening and understanding one another.

Estrella’s book, Prayers For My Husband, is a 30-day prayer journal that came from her own experience. “When I was in my fork in the road and trying to figure out what we were doing in our own marriage, God just basically spoke to me so clearly and said, ‘You need to pray for your husband,’” she explains.

And Estrella obeyed, praying over her husband from head to toe every day for 30 days. But it wasn’t until two years later, when her marriage was flourishing, that she heard God telling her to write the book. Although she felt unsure about writing a book, Estrella knew what those prayers had done for her and what great things God had done in her life as a result of her following His instructions.

So she wrote the book, hoping that at least one person would read it and be able to transform their marriage through prayer. And it wasn’t long before the testimonies of people whose lives had been changed started pouring in.

For some readers, praying for their husbands prompted them to pause and examine themselves as well. For others, the book became part of their daily devotional and prayer routine as a couple, helping them spend more time together and foster better communication. Still others have told Estrella that those prayers saved their marriages from the brink of divorce.

To accompany the book, Estrella also runs a private Facebook page to support and pray with her readers. There, she has seen women pray for the very first time, support each other like a family, and celebrate marriage and life milestones together.

And all this came about because Estrella was willing to step past her fears and uncertainty and be obedient to God’s call. “We do what God tells us to do, and God does the rest,” she says. “I’m just His vessel. And I’m just grateful.”

Who Am I To Write This?

Of course, that doesn’t mean Estrella’s journey has always been easy. Right from the start, she had to wrestle with imposter syndrome, feeling as though she wasn’t “good enough” or qualified to write a book about prayer.

Despite being a Christian counselor and former youth leader, she wasn’t a pastor or any other type of spiritual leader, and she was afraid of getting something wrong. But in the midst of her doubt, she kept hearing the same sentence over and over again: “Do it afraid, but do it with God.”

That reminder became a lifeline of sorts, something she could cling to when she felt overwhelmed by doubts and fears. “I had to keep reminding myself of that,” she says, “that He wouldn’t have told me to do it if I wasn’t supposed to.”

Still, Estrella says she never would have launched the book if she hadn’t had her best friend holding her accountable, pushing her to meet deadlines, and even taking action on her behalf.

Once Estrella did push past her fears and started taking action to get her book edited and published, everything fell into place much more easily than she would have expected. “Nothing was stopping me,” she recalls. “When God said, ‘Do it,’ He laid it all out. The only thing that hindered me was me.”

The Fruit of Obedience

The book and Facebook community aren’t the only things that were born out of Estrella’s obedience. In addition to being a therapist, she’s also a relationship coach. Through Lovers Lane, her couples coaching and mentorship program, she’s able to help couples learn open and effective communication.

The program features two workshops each month with experts as guest teachers, group coaching sessions, homework, and other resources. Through all of this, Estrella is able to watch couples grow together as they learn to communicate and invest more time in their marriage.

The group sessions have been particularly successful. Not only do the participants tend to open up over time and ask more questions, but they’re also able to learn from each other and see that other couples struggle with the same misunderstandings and issues that they do.

What’s Holding You Back?

What’s holding you back from sharing your God-given message? Do you, like Estrella, feel like you aren’t qualified or worry that you aren’t “good enough” to write the book you know you’ve been called to write? Are you struggling in your marriage – or relationships in general – because of a breakdown in communication that you aren’t sure how to fix?

Whatever issue or fear is getting in your way, Estrella urges you to say “yes” to God’s call anyway: “No matter how afraid you are, it doesn’t matter what it is – if God gives you instructions, give Him your ‘yes.’ Do what it is that you are being called to do, and go out there, and God will equip you.”

Especially for those experiencing relationship troubles, Estrella adds that it’s important to seek help and invest in learning what you don’t know. Whether that means going to counseling, attending a workshop or retreat, or taking some other kind of action, the only way your relationship will grow and heal is if you do the work to nurture it. 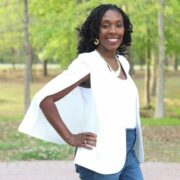 Estrella “Star” Rogers has worked as a Licensed Clinical Social Worker for ten years. She has seen firsthand the havoc that a lack of education can wreak on couples. Through her own personal experience and through working with couples, she came to realize that many of our issues arise because we were never taught how to have a healthy relationship.

Most couples don’t know where to start when it comes to building a strong marriage, and they certainly don’t have a positive example to follow. This is where Star steps in. Her Lovers Lane Mentorship program is designed to show couples how to love each other in the healthiest way possible. With her guidance, couples can build a happy, healthy marriage that will last for years to come.

Star is a graduate of East Carolina University and lives in Jacksonville, NC with her husband Sammie Rogers and 3 children.